Please find this information on our Forums!

Next Class Begins in May 2022.
Class 61 will start soon. Applications received after mid-December will be held for Class 62 review. Responses will be mailed out right before the class begins. 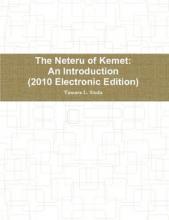 THE NETERU OF KEMET: An Introduction
2010 version (reprint of the rare 1994 text)

"If you are looking for a good introductory book to the Gods of ancient Egypt, The Neteru of Kemet is the best I have read. The author is a graduate student of ancient religions and a priestess of the House of Netjer. Thus, she writes of the Gods (Neteru) with both scholarly background and personal experience. This combination gives her material that sense of truth so often lacking in other recent books on this subject.

The introduction deals principally with the religious practices of Kemet (ancient Egypt) and touches on those of the House of Netjer. The bulk of the book consists of 13 vignettes devoted to the most universally known Neteru. Each vignette contains Kemetic texts, visualizations/ meditations, illustrations, and a discussion of the Neter being described. Following these is an excellent bibliography and a brief glossary...."